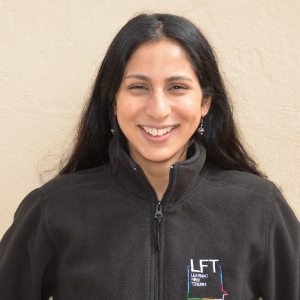 Hi all, For homework, after watching “The Addams Family” in English, using between 220 – 260 words, write a short film review using the structure below:

Here is an example for you:

The Hobbit, An Unexpected Journey (2005)

The film is an epic fantasy adventure film directed by Peter Jackson and is the first part of a trilogy.  The adventure follows the journey of the main character, Bilbo Baggings, in a mission to reclaim the lost Dwarf Kingdom of Erebor for the terrifying dragon Smaug.  Bilbo joins a company of thirteen dwarves led by the legendary warriror, Thorin Oakenshield.  The cast also includes James Nesbitt, KenScot, caste Blanchett, Ian Holm an Elijah Wood.

The Film has made over $1 billion at the box office becoming the fourth highest-grossing film of all time. The film was nominated for three academy awards for the best visual effects, best production design and the best make up and hairstyling.  It was also nominated for three Bafta Awards.

I highly recommend the film, although quite a long film, the storyline is engaging and thrilling and keeps you at the edge of your seat.  The language at times was difficult to understand, but it’s easy to gets the general idea of what is being said in context.  A must see! ★★★★. Go and watch it soon 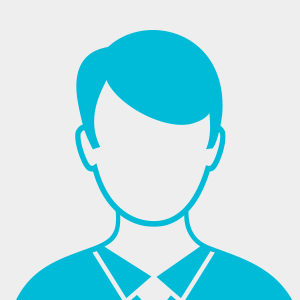 The Addams Family is a great comedy scary film directed by Barry Sonnenfeld and the series in which is based was made by Charles Addams.The film was set in the U.S.A. Hollywood on 1991.Gomez plays the main role.

The film is about a rare family that has a problem,because Alford a lawyer that is in financial difficulties notices that Gordon,Abigail’s son looks like Fester Addams,Gomez brother so he has a plan.He send the Addams out of the house and he tries to steal the money but he liked the Addams so he let them arrive and send far away his mother and Alford.
My favourite character in the film is Cousin Itt because it’s funny.I think people who like scary movies wood like this film.

I give the film 3 stars because I didn’t understand the film so much.

This film enters in the dark comedy and humor genre, directed by Barry Sonnenfeld and produced by Orion Pictures. It is based on a serie made by Charles Addams in 1964. This film budget is around 30 million euros, but they raised 191 502 426 dollars. It was filmed in Hollywood, Los Angeles, in 1991 and it lasts 1 hour and 39 minutes.

It is about a very strange and misterious family, “The Addams”.  They are rich, but their laywer, Alford, wants their money and when he notices that Abigail´s son, Gordon is similar to uncle Fester he has a plan, but will it be easy? When Gordon arrives at the Addams house, Gomez thinks is Fester but the rest don´t. When he doesn’t get the money, they take the Addams out of their house. But Gordon liked to be an Addam, so he lets them recover their house, and takes Alford and her mother out.

The main actors are: Raúl Juliá as Gomez Addams, Anjelica Huston for Morticia Addams, Cristina Ricci (Wednesday Addams), Jimmy Workman as Pugsley Addams, Christopher Lloyd for Fester Addams/Gordon Craven, but there are more actors like: Christopher Hart (“The Thing”), Elizabeth Wilson as Abigail Craven, Dan Hedaya for the laywer, Tully Alford, Judith Malina (Grandma Addams), Carel Struycken as butler Lurch, Dana Ivey for Margaret Alford and John Franklin (Cousin Itt). My favourite actor is “The Thing” because is a hand and knows when an Addam is in trouble. In my opinion someone who likes scary movies would like it, but i wouldn’t recommend it because i’m not that type of person. Three stars.

The family Addams” is a film created in 1991. It was directed by Barry Sonnenfeld. The story was written by Charles Addams.

This movie is about a family called “The Addams Family”, who lived in their house. The father is called Gomez he had a brother called Fester who died 25 years ago. One day the children discovered their father’s brother. So, they saw that Fester didn’t die. Then Fester went to their home. What they didn’t know is that Fester and his mother were hatching a plan to keep the family fortune. Gomez’s wife kept an eye on Fester and his mother because she thought they were strangers. After that, Gómez and his family had to leave their house. Finally Gómez and his family could return to their old house, because Fester kicked his mother out of the house.

At the beginning I didn’t understand too much of the movie, but later I realised that if i concentrated on the dialogue, it was easy to understand the film.

I liked the film because it is bizarre and funny.

[Teacher comment] Well done, a nice review of the film.  It gives. a good idea about what the film is about and i also like your opinion.  A nicely written review with minor errors.

The Addams Family is a movie created in 1991, shot in Broklyn, created by Charles Addams. This is a story of horror, comedy and black humor. The directors were Barry Sonnerfeld and Dave Payne, this movie last one hour, nine minutes and fifty-six seconds. Its producer is Scott Rudin. The Addams Family is a film, a saga and there are some animated books. A summary of this movie is as follows: The mysterious, bizarre, eccentric and somewhat strange Addams Family that conquered our hearts now makes the leap to the big screen to celebrate Halloween like never seen before.

Gomez and Morticia prepare for the visit of their extended family to celebrate the “Sabre Mazurka” in honor of Pugsley, a rite of passage in which he will demonstrate his aptitude to become a worthy man of the Addams Family. In this story they appear Wednesday, Fester, Morticia and Cousin Itt, Gomez, Pugsley, Lurch,Fingers, Gradma Addams…

The special effects, makeup and costumes are incredible and very real. To finish I will tell you that in my opinion I think the movie is very good but it is true that for small children it is not suitable.

[Teacher Comment] A good review, although it would have been nicer if more of it was in your own words.  But a good effort.  Well done.

“The Addams Family” is a very reconized comedy film about an eccentric family which is attacked by scammers who want to steal all their money and for this they use a man who claims to be a family member. The film was directed by Barry Sonnenfeld and it’s based on Charles Addam’s cartoons. Furthermore, the cast, formed by Anjelica Huston, Raul Julia, Christina Ricci and Jimmy Workman, among others, gives life to mythical characters who inspire many Halloween costumes year after year.

The film was nominated for an Oscar for the Best Costume Design. It was also nominated for four Saturn Awards. In fact, the film was a box office success in EEUU during the weekend of its premiere.

I don’t really recommend the film for kids because certain scenes are quite violent. However, the storyline is engaging and if you are looking for a funny film where you can’t stop laughing, this is the perfect option. Nevertheless, in my opinion, the special effects aren’t good enough but I have to say that language  is easy to understand. So, we can find a balance between the two elements. In addition, the actors knew how to play their role quite well. In conclusion, if you have time, watch it!

[Teacher comment] An excellent review of the film.  Excellent use of connectors and adjectives to elevate your writing.  Nice recommendation where you state a negative and a positive.  Generally a good piece of writing. Very well done.