Christmas is always a busy time of year and particularly so for the students and teachers at LFT.  Time goes quickly when you are working hard and having fun and before we knew it, the date of the Christmas show was upon us.

The Christmas play is always fantastic opportunity for our students to build on their skills that they learn in class and to increase their confidence by performing in front of an audience.  Moreover, the students love preparing for the performance as it’s a different way of learning; mixing creativeness, imagination and music whilst speaking English & German.

This year’s show, titled “The recycled Christmas tree”, is based upon a story about a recycled tree in the forest that aspired to be a real Christmas tree, but was never chosen to be one.  The theme is a continuation of our successful Summer Camp that focused on the uses and benefits of using recycled materials.

On the day of the show the children arrived with excitement on their faces and dressed in an array of festive clothing including; hats, antlers, jumpers, and carrying their homemade Christmas decorations (made from recycled materials) to be used in the play.  Some of these can be seen in the photos below.

This year the show was held in the local community hall, which provided us with a larger venue to make sure that we could fit everyone in!  The stage area had been prepared earlier by the LFT staff to look like a forest and once the excited children were in position, we were ready to go.

The show started with an introduction from the school Director, and followed by a splendid piano rendition of “Joy to the World”, which really set the mood.  Then, it was the turn of the children to act out the main play, which involved them playing the parts of animals from the forest and visiting families looking for the perfect Christmas tree.  We ended the show with a rendition of our own LFT-version of “Oh Christmas Tree” which was met with much applause from the audience.

It was great to see the young actors perform (some as young as just 4 years old), as they concentrated so hard on their pronunciation and finished the play brimming with confidence and wearing ear to ear smiles.   Feedback from the show was very positive from both parents and students, with one parent saying that it was “fantastic and fun“, and another saying “It was very good, short and sweet”.   One student said that they particularly “liked the show as it was varied because it had music, German and English”.

We would like to thank all the students for their efforts in putting the play together, it was their hard work and motivation that made it so enjoyable and successful.  Finally, from all the LFT team; we wish all a Happy Christmas and a prosperous new year. 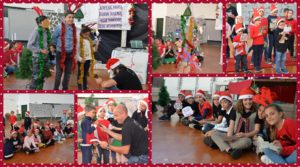 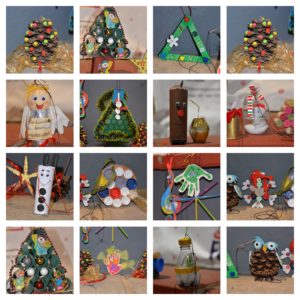